How to train new employees rapidly, while preserving and utilizing the abilities of more senior workers, who are approaching pensionable age? We have responded to this important demand with our Canali Academy Manufacturing project, developed to measure for the customer, one of the leading Italian exporters in the fashion sector. The objective was effectively to preserve, transmit and capitalize on corporate technical know-how. Because of its realism, we thought the video was the most suitable channel for preserving and transmitting the skills, rendering graphic the craft of the most expert tailors, in identifying which method to follow in creating the product (coats and jackets), in training new staff members, specializing and supplementing the knowledge and competencies of the company’s personnel. It is the most apt instrument for showing a craft that is composed of gestures, techniques and dexterity, to bring out practices that would not otherwise have found expression. Moreover, from the point of view of delivering training, the video is accessible to several learners at the same time, by means of projection in the classroom and e-learning, thus reducing contact time. 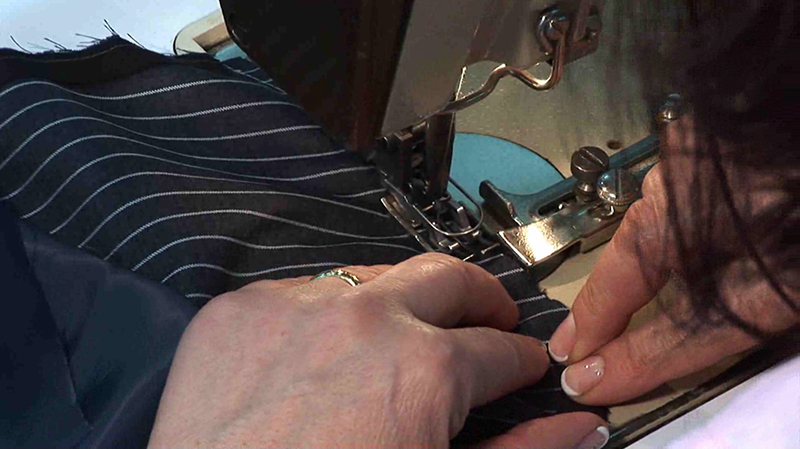 Over the period between October 2011 and August 2012, we conducted 15 filming sessions, using two camera operators equipped with full HD apparatus to shoot the various stages of manufacture in Canali’s plant at Filottrano, near Ancona. Having been approved for the storyboard by the experts at Canali, the filmed material was dubbed, edited and supplemented with graphic elements. A 53-part video course was the outcome (corresponding to the minimum number of operations consistent with Canali manufacturing) which, following upon approval, was delivered to the client fully ready to use. The material thus created pursues multiple objectives: